Inspired by the amazing music of Lost Leaders. 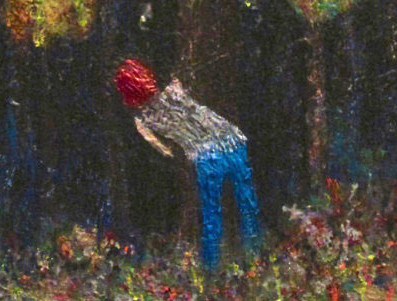 Ariel Shallit loves all things beautiful; art, music and words. After the jump is an original poem he wrote to accompany his painting. END_OF_DOCUMENT_TOKEN_TO_BE_REPLACED 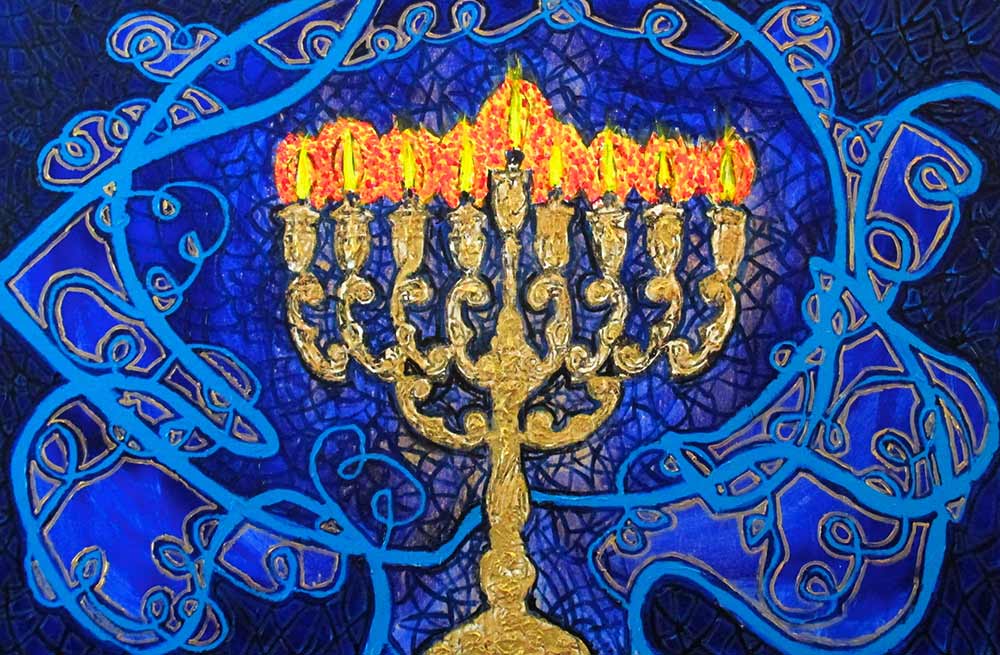 The “Hanukkah 5774” series started as an expression of love for my people, especially my Orthodox father. I have made art my whole life, but it is only now, with this series, that I have learned how to connect my passion for transformative beauty with the traditions and culture of Judaism.  END_OF_DOCUMENT_TOKEN_TO_BE_REPLACED

In my life I’ve learned that there is a piece of my core that desperately searches for examples of greatness in humanity.  I look for heroes.

When I started to read the words of Kurt Vonnegut I recognized the expression of a mensch.

His writing gives us a view of a thinker who recognizes the beauty, tragedy, humor and horror of humanity, and loves the totality of us.

He inspires me and his work changed my life.

One of the great attractions of the creation of portraits is the time spent with strangers we love. END_OF_DOCUMENT_TOKEN_TO_BE_REPLACED

The Valentine series explores the juxtaposition of flora and romance.  I have always loved flowers, while hating the idea that we cut their lives short in order to share them.  I wonder if the act of reaping and offering flora to express the presence of desire is a metaphor for the fleeting nature of desire and our mortality.

Though I know that as a species we often destroy what we love, and it’s usually beyond our control, I am grateful that paint and canvas have allowed me to find a satisfying resolution to my flower conundrum.

Painting gives me the gratification of observing, creating and sharing my love of nature without the mass murder of flowers. END_OF_DOCUMENT_TOKEN_TO_BE_REPLACED

As a child I found myself in need of escape from the world around me.

I discovered that stories could take me beyond the realm of the flesh into a place where I could share the ideas and philosophies of people from any time and any place.

The stories that had the greatest impact on me were the various mythologies of our species.  Especially the Greek stories.

As the roots of my aspiration towards a life of creation started with the fertile visions of the Greeks, I thought it would be appropriate to invoke the deity Techne, who is regarded as a goddess of art, craft, skill, magic and invention. END_OF_DOCUMENT_TOKEN_TO_BE_REPLACED

One of the things I find amazing about the process of creating art is the way that creation enriches our souls. Painting seems to encompass some of the greater virtues that I have aspired to. Painting has taught me patience, it has opened my heart to faith, and it lets me manifest my hopes, desires and observations about the world around and inside of me.

The Clearing series explore the images of hidden troves of foliage in the midst of forests as a metaphor for the secret beauties inside us all. END_OF_DOCUMENT_TOKEN_TO_BE_REPLACED