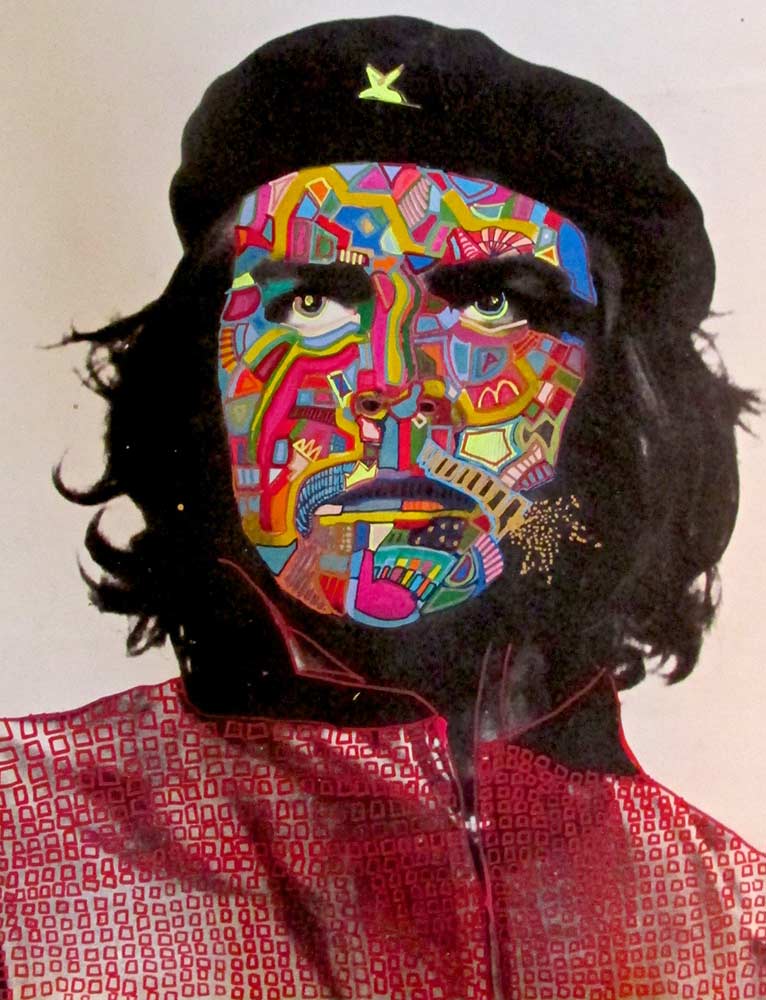 Che Guevara was an Argentinean-born, Cuban revolutionary leader who became a left-wing hero. A photograph of him by Alberto Korda became an iconic image of the 20th century.

Ernesto Guevara de la Serna, known as Che Guevara, was born on 14 June 1928 in Rosario, Argentina into a middle-class family. He studied medicine at Buenos Aires University and during this time travelled widely in South and Central America. The widespread poverty and oppression he witnessed, fused with his interest in Marxism, convinced him that the only solution to South and Central America’s problems was armed revolution.

In 1954 he went to Mexico and the following year he met Cuban revolutionary leader Fidel Castro. Guevara joined Castro’s ’26th July Movement’ and played a key role in the eventual success of its guerrilla war against Cuban dictator Fulgencio Batista.

Castro overthrew Batista in 1959 and took power in Cuba. From 1959-1961, Guevara was president of the National Bank of Cuba, and then minister of industry. In this position, he travelled the world as an ambassador for Cuba. At home, he carried out plans for land redistribution and the nationalisation of industry.

A strong opponent of the United States, he guided the Castro regime towards alignment with the Soviet Union. The Cuban economy faltered as a result of American trade sanctions and unsuccessful reforms. During this difficult time Guevara began to fall out with the other Cuban leaders. He later expressed his desire to spread revolution in other parts of the developing world, and in 1965 Castro announced that Guevara had left Cuba.

Guevara then spent several months in Africa, particularly the Congo, attempting to train rebel forces in guerrilla warfare. His efforts failed and in 1966 he secretly returned to Cuba. From Cuba he travelled to Bolivia to lead forces rebelling against the government of René Barrientos Ortuño. With US assistance, the Bolivian army captured Guevara and his remaining fighters. He was executed on 9 October 1967 in the Bolivian village of La Higuera and his body was buried in a secret location. In 1997 his remains were discovered, exhumed and returned to Cuba, where he was reburied.