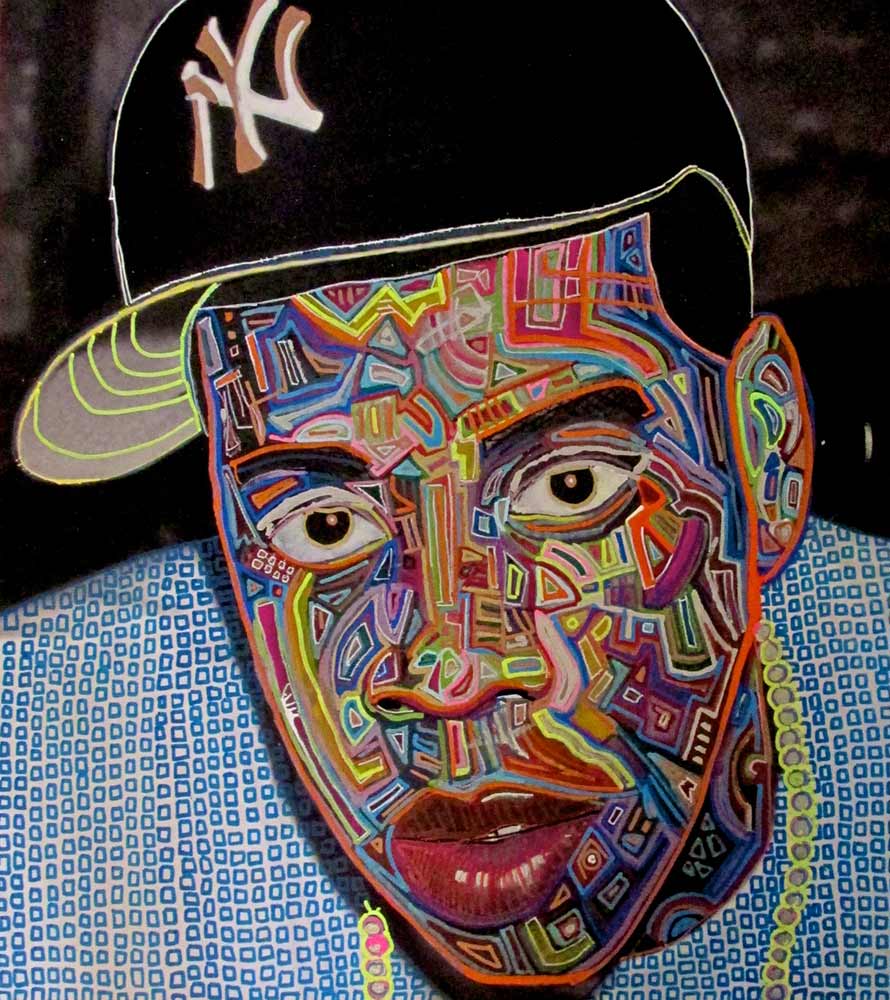 One of the greatest living rappers — and certainly the most inventive and consistently successful — Jay-Z has built a career on combining nimble, braggadocious and largely autobiographical rhymes with adventurous production that incorporates everything from snatches of classic R&B to Broadway showtunes and Eighties electropop. Unlike some contemporaries, Jay-Z views success not only in financial terms but artistic terms, and his music — particularly later albums — were as interested in pushing hip-hop forward as they were in garnering chart hits. Of course, he succeeded at both; over the course of his career, he’s racked up ten Number One albums.

Jay may have scaled staggering heights, but his beginnings were famously humble. Born Shawn Carter, he was raised in Brooklyn’s Marcy housing projects, and his father walked out on his mother while he was still a boy. With little other recourse, Jay took to the streets, eventually earning a living by selling crack — an occupation that later provided the narrative for some of his most potent songs. At around the same time he met the East Coast rapper Jonathan Burks, who went by the name Jaz-O. In 1989, Jaz-O recorded a song called “The Originators,” which featured one of a young Jay-Z’s earliest verses. Though the similarities between their stage names are striking, Jay insists the resemblance is coincidental, and that his name is a re-working of his childhood nickname “Jazzy.” In later interviews, Jay would describe himself as a “reluctant rapper,” focusing mainly on the more lucrative occupation of selling drugs.

In 1996, however, his attentions began to shift. He and two neighborhood friends, Damon Dash and Kareem Burke, formed Roc-A-Fella records and issued Jay-Z’s debut, Reasonable Doubt. A towering accomplishment from a relatively unknown rapper, the album dealt frankly with Jay’s adolescence on the streets, making veiled references to the time he spent as a drug dealer while showcasing an astounding lyrical dexterity (remarkably, it was later revealed that Jay doesn’t write his lyrics down) and a knack for multiple styles of delivery. The album is rightly considered one of hip-hop’s foundational records, though it achieved only modest commercial success at the time. Jay’s next move was to try to convince his friend Jaz-O to sign to the label, but Jaz refused — by most accounts because of a deep-seated suspicion of the label’s CEO Damon Dash. This caused tension between the two old friends, which only escalated with Jay’s increased success.

In 1997, Jay-Z released In My Lifetime, Vol. 1 which, coupled with a guest verse on the Notorious B.I.G.’s Life After Death, saw his profile begin to rise. The album wasn’t roundly heralded, however; executive-produced by P-Diddy and featuring a number of producers from the Bad Boy stable, the album featured a significantly glossier sound than Reasonable Doubt, and its ultra-commercial single “I Know What Girls Like” stands out as a rare moment of gaudiness in Jay’s otherwise restrained catalog.

He redirected with the follow-up, 1998’s excellent Vol 2…Hard Knock Life. Nicking the chorus of “Hard Knock Life” from the Broadway musical Annie, Jay spun a tale of his own troubled adolescence and ended up with his first bona fide radio hit, establishing his presence as a commercially viable rapper who still had an eye to the streets. It was around this time that rumors began circulating of a romantic connection between Jay and Beyonce Knowles, then of the group Destiny’s Child.

Vol 3…Life and Times of S. Carter arrived in 1999 with still more hits — chief among them “Big Pimpin’,” a collaboration with the southern rap duo UGK. Jay’s ascent was briefly halted, however, when he was accused of stabbing the producer Lance “Un” Rivera at the Kit Kat Club in December of that year. This was the beginning of a period of legal turmoil for Jay. Though he would eventually admit to the stabbing, three days before his trial he and his bodyguard were arrested when police found a gun tucked into the waistband of his bodyguard’s pants. Jay was eventually sentenced to three years probation for the Riviera stabbing.

It was at this point Jay decided to keep his feuds relegated to rap. At Hot 97s Summer Jam in 2001, he displayed a childhood picture of Mob Deep’s Prodigy dressed as a ballerina on the jumbotron. This was just a preamble to his next record, The Blueprint, arguably one of the best of his career and the album that saw him asserting his dominance in hip-hop. Not only did he attack Mobb Deep but, more famously, he dismantled former friend Nas in “The Takeover,” accusing the rapper of inventing a backstory and claiming he had lost his touch. This was the beginning of a long feud between Jay and Nas, one that wasn’t resolved until Jay signed Nas to Def Jam in 2007. The record also featured production by Kanye West, who Jay would soon make a star in his own right.

Jay’s ascent seemed unstoppable, but with The Black Album in 2003 came a surprising announcement: that he was retiring from hip-hop. “There’ll be no more full-length Jay-Z albums,” he declared in an interview at the time — and it seemed like he meant it. The record was a searing reflection on his life and contained some of his most inspired and bracing work. A film of his November concert at Madison Square Garden, called Fade to Black, was released in 2004. That same year, he embarked on a tour with R. Kelly in support of their Best of Both Worlds album, but it came to an abrupt end when Kelly accused a member of Jay-Z’s entourage of attacking him.

Shortly after, Jay’s interests shifted from performing hip-hop to presenting it. In 2005, he was accepted a job as president of the legendary Def Jam label. Although his arrival was heralded, ultimately his performance at Def Jam was mixed, yielding as many blockbusters as it did non-starters.

Jay received a similarly muted response to the first album he released after his “retirement,” 2006’s Kingdom Come. It’s not difficult to see why: confronting topics like the government’s failure to respond to Hurrican Katrina, the water crisis in Africa and boasting guest spots by the likes of Coldplay’s Chris Martin, naysayers accused Jay of “going soft,” though in interviews Jay countered that the album was simply “very adult.”

This was just a dull spot in an otherwise exceptional year: in June, he performed his classic debut, Reasonable Doubt in reverse order at New York’s Radio City Music Hall to accolades and the following year he restored his reputation with an album inspired by the film American Gangster. Seeing parallels between the life of gangster Frank Lucas and his own early days, Jay-Z used the film’s narrative as a template to tell his own story in stark, vivid language, set against a backdrop of gritty soul hooks. Though it boasted the vibrant single “Roc Boys,” most of the record was tough and contemplative, a return to the Jay-Z of Reasonable Doubt. Later that year, he stepped down from his post as president of Def Jam, largely because parent company Vivendi refused to meet his contractual demands.

In 2008, he was selected to headline the typically guitar-friendly Glastonbury Festival, which drew ire from Oasis’s Noel Gallagher. Speaking to the BBC News, Noel insisted, “I’m not having hip-hop at Glastonbury — it’s wrong.” In retaliation, Jay-Z opened his Glastonbury set by playing a portion of “Wonderwall” on an acoustic guitar before launching into a spirited version of his own “99 Problems.” Noel later backpedaled somewhat, admitting that he liked Jay-Z’s music, though he still disapproved of his appearance at Glastonbury.

Jay released one of his most adventurous albums, The Blueprint 3, in 2009, and the record found him embracing a bevy of musical styles, from electropop to rock and roll. In an interview with XXL he described the record as “a new classic, because it uses classic sounds and instrumentation.” The record spawned the Number One single “Empire State of Mind,” which further established Jay as a hip-hop Sinatra. That same year, he signed a 10-year, $150 million contract with the promoter LiveNation, virtually banishing any thoughts of future retirement entirely.